Mortgage rates reached a new record low this week, with the 30-year fixed-rate mortgage falling to its lowest average ever since Freddie Mac began tracking such data in 1971. “The size and depth of the secondary mortgage market is helping to keep rates at record lows,” says Sam Khater, Freddie Mac’s chief economist. “These low rates are driving higher refinance activity and have modestly helped improve purchase demand from their extremely low levels in mid-April. While many people are benefiting from low mortgage rates, it’s important to remember not all people are able to take advantage of them given the current pandemic.”

Freddie Mac reports average commitment rates, along with average fees and points, to reflect the total upfront cost of obtaining a mortgage. 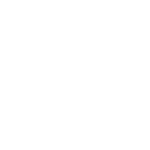